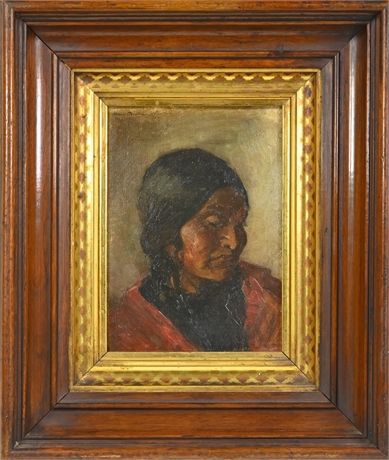 About the Artist:
Mary Cecil Wheeler
19th & 20th Century – Helena, Montana. Known for landscapes and portraits, particularly known for her portraiture of Indians.
Wheeler was one of three members of the first graduating class at Helena, Montana High School in 1879. She became a teacher and supervisor of art for over 40 years.
Wheeler exhibited at the Denver Artists Club from 1885 to 1895. This portrait ‘Squaw’s Head’ was featured in the April 25, 1885, issue of The Woman Voter.