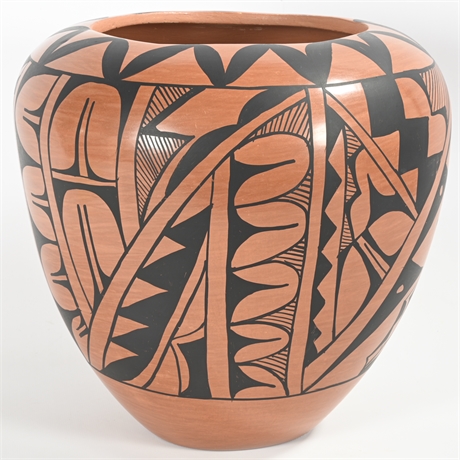 Donald Chinana was born in 1963 and has been making pottery since 1977. He specializes in stone polished black on red bowls, vases, wedding vases and is also experimenting with blackware. He digs his clay from the Jemez Reservation, uses natural slips, natural paints and fires his pottery outdoors. He was taught by his mother Anacita Chinana. Donald uses a polishing stone that was handed down from his grandmother.(C&D Gifts)

Donald Chinana is cited in Southern Pueblo Pottery by Schaaf (page 82), Pueblo and Navajo Contemporary Pottery by Berger and Schiffer (2000 & 2004), among others. His work is found in many galleries and collections.